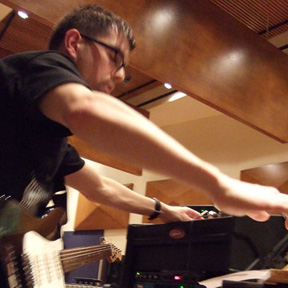 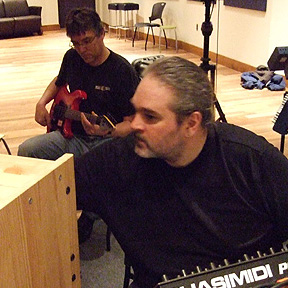 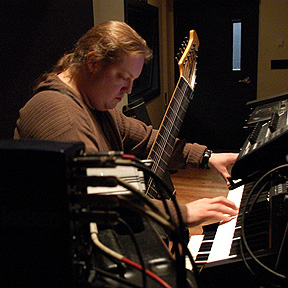 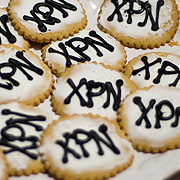 As a thank you to the listeners, WXPN presents the XPN/STAR'S END 2011 Members Concert on Sunday 5 June 2011. This event, held at WXPN's World Cafe Performance Studio, 3025 Walnut Street in Philadelphia will feature live performances by Jason Sloan, The Tangent Project and Ombient.

This concert is free for XPN Members, but a reservation is required. As of 25 May 2011 this concert's capacity has been reached and the event registration has been closed.

Become a Member of WXPN now. 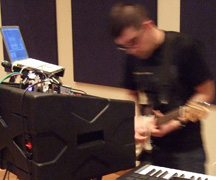 Exploring sound, texture and atmosphere, the music of Jason Sloan is smooth and spacious. It opens up and fills ambient areas with the slow motion of sustaining chords and a gradual metamorphosis of timbre. By adding the elements of rhythm and melody, his works provide a surprisingly deeper examination of the interior landscape. With layers of reverberant e-bow guitar over sampled percussion loops or cloud-soft synth pads churning alongside digital-age beats, Sloan's musical ideas posses a shimmering exuberance. Expanding beyond the uniformity of structure found on his early drone-like works, the energy of the new fuller arrangements is subdued by dreamy atmospherics. Sparking then smoldering, his music plays out across an ever-changing landscape, and deserves praise for aiming so high.

Jason Sloan has twice performed live at The Gatherings Concert Series in Philadelphia as well as at the STAR'S END/XPN donor concert of 12 December 2010 - and four times during live to air broadcasts of STAR'S END Ambient Radio.

For more on Jason Sloan, access the STAR'S END Profile 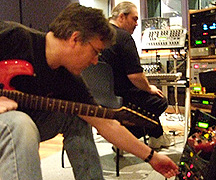 Both Jeff Coulter and Harrison McKay have been kicking around the Philadelphia Spacemusic scene for 25 years or so. Coulter, along with Chris Schwartz, played in the cosmic music duo Tangent, while elsewhere McKay composed ethereal music for dance in addition to his solo Ambient works. More recently these two have been working together, experimenting with sounds and textures reminiscent of the classics Zeit and Phaedra - yet their approach incorporates their own unique sensibilities and outlook. Coulter's sequencer runs, synth pads and melodies all move at different speeds while McKay's processed guitar alternates between emitting atmospheric textures and liquid lead solos. Their realizations are in constant motion, either moving forward or churning in stillness, or at some indistinct level in between. Coulter and McKay explore areas of both dark and light. Their music a culmination of a lifetime worth of experience.

The Tangent Project has performed live at The Gatherings Concert Series in Philadelphia as well as at the STAR'S END/XPN donor concert of 5 December 2009 - and on three live to air broadcasts of STAR'S END Ambient Radio.

For more on The Tangent Project, access the STAR'S END Profile 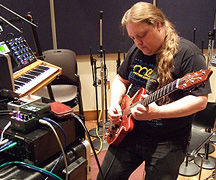 Ombient is but one facet of multi-instrumentalist Mike Hunter. As well as exploring his more ethereal side producing the weekly radio program Music with Space for WPRB Princeton, Hunter creates improvised soundscapes with a Warr Touch Guitar - a metal stringed guitar-like instrument designed for two-handed playing and extended sound generation. Utilizing a tapping technique associated with this instrument, the process is a radical departure from standard guitar practice. Picking and plucking note cycles amidst quietly growling e-bow guitar lines, Hunter bathes his tones in a deep, vast reverb. With the addition of several layers of echo, pitch shifting, long and short delay lines and other forms of digital processing, Hunter's live loop music spans the Space, Ambient, Experimental and New Age genres.

Ombient has performed live at The Gatherings Concert Series in Philadelphia as well as on three live to air broadcasts of STAR'S END Ambient Radio.

For more on Ombient, access the STAR'S END Profile 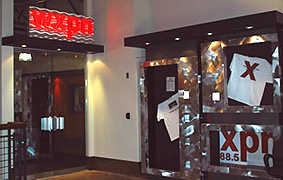 Admission is available free to current XPN MemberCard holders who have made a reservation prior to the RSVP closing date of 25 May 2011. Thanks for your support!