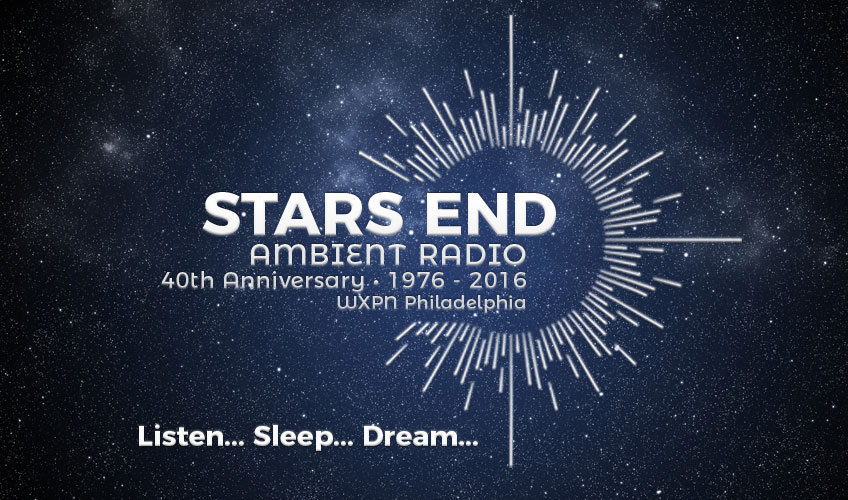 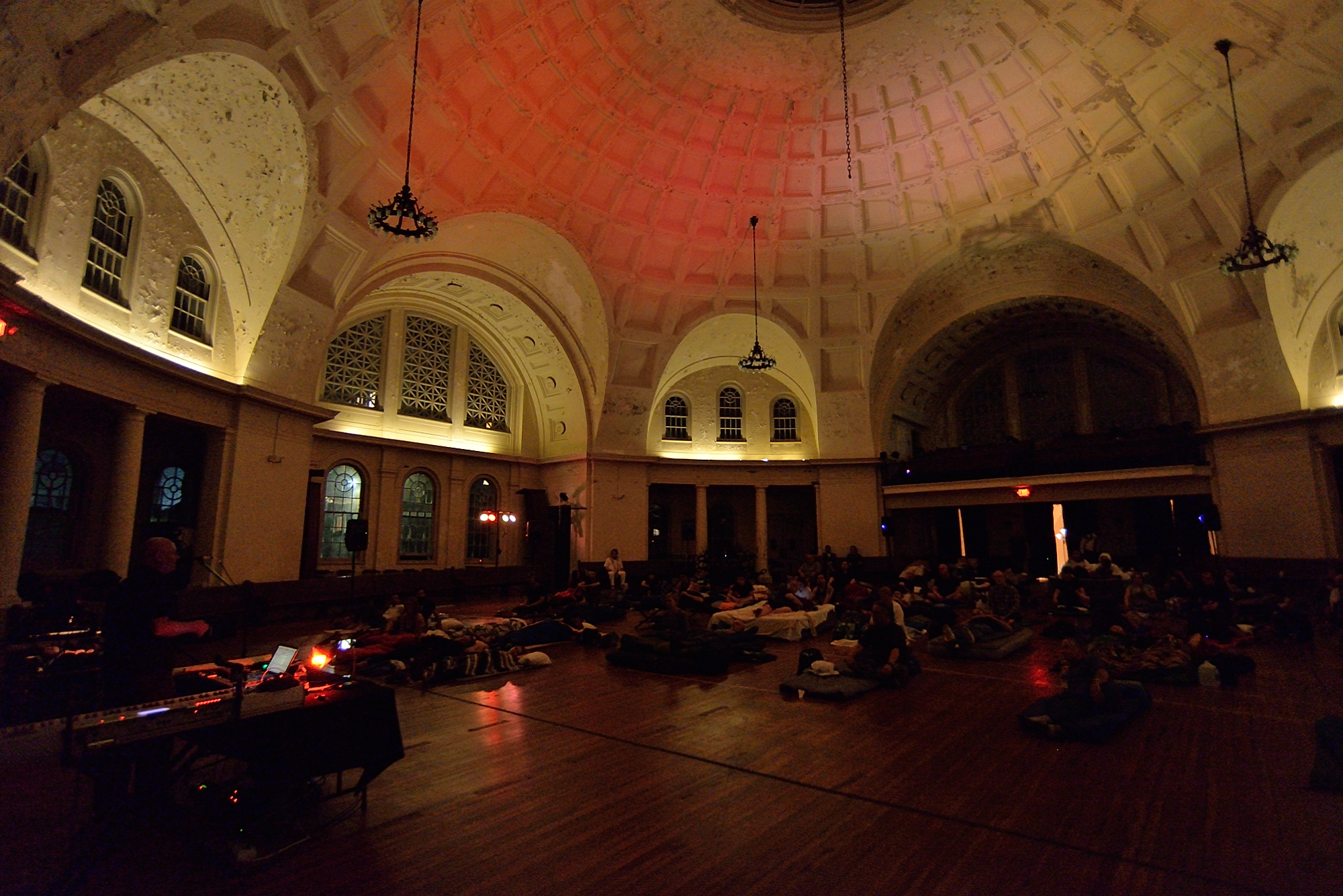 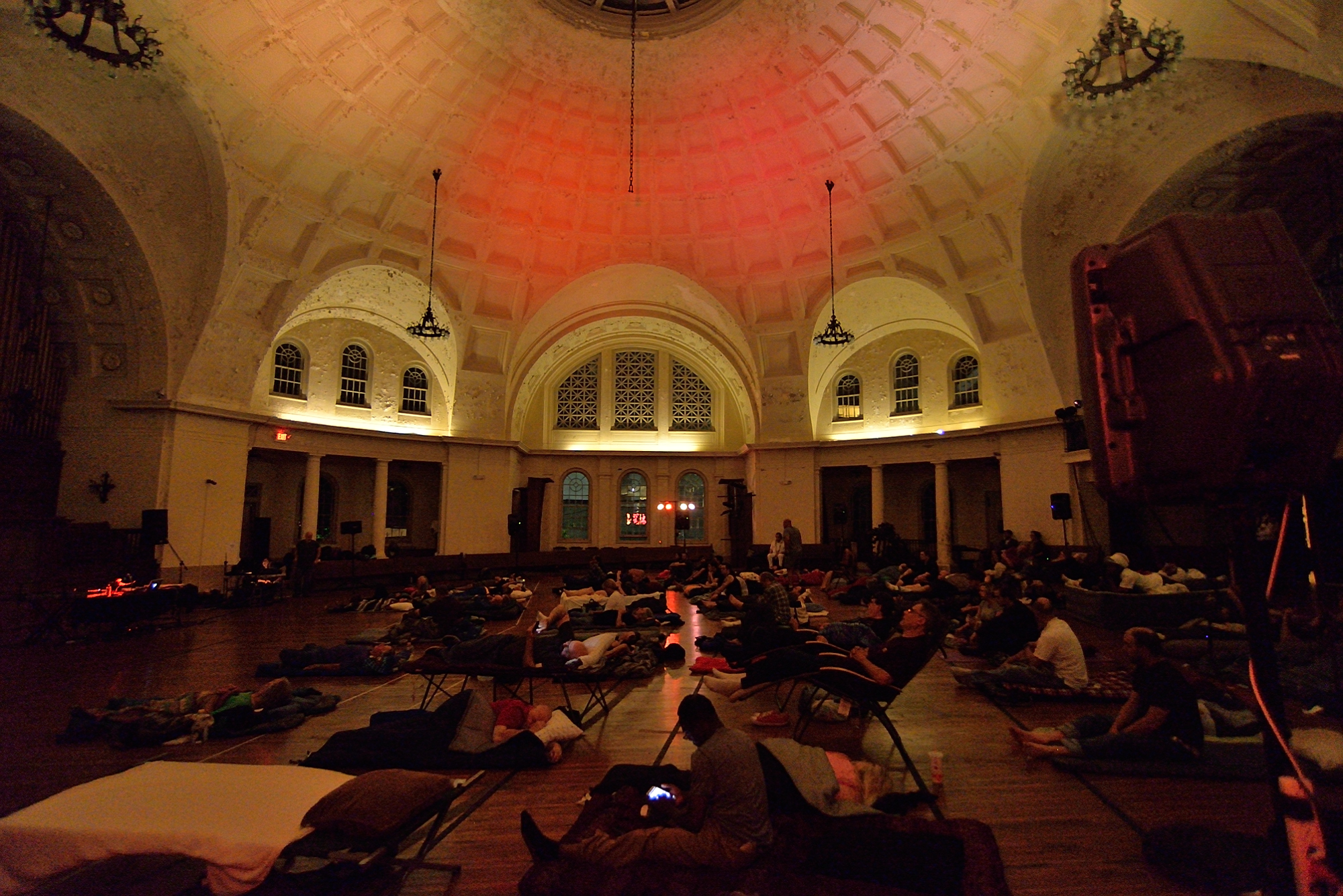 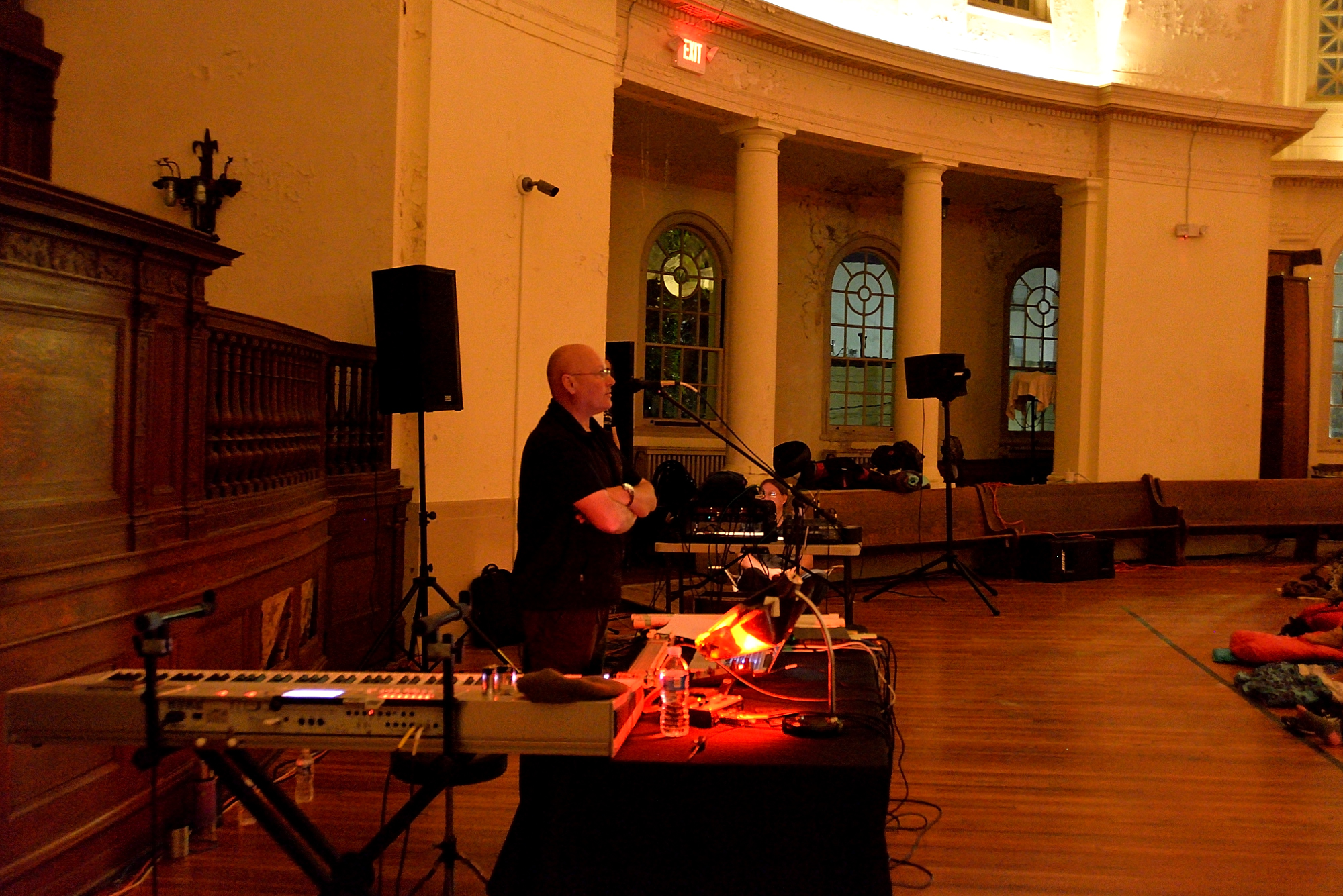 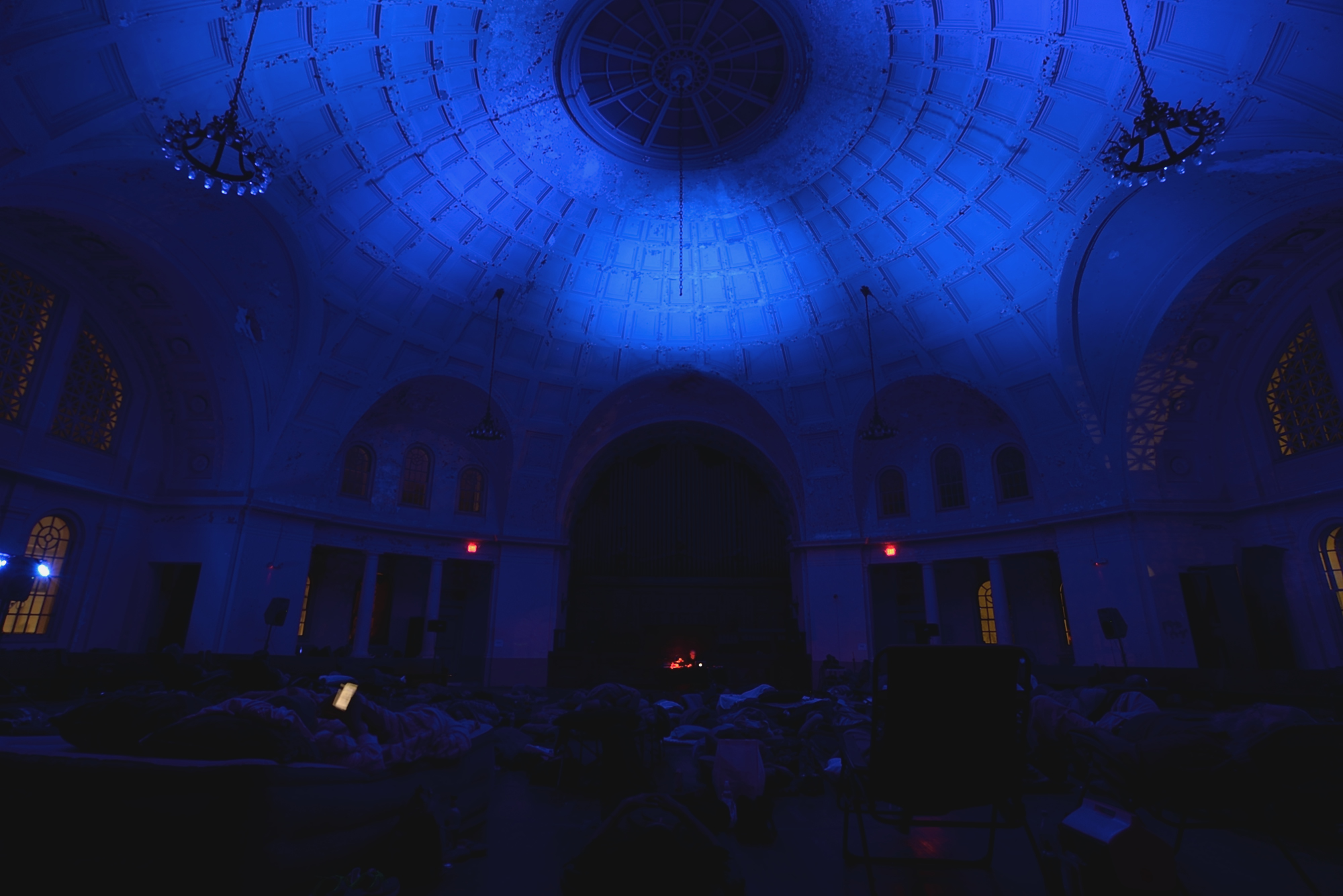 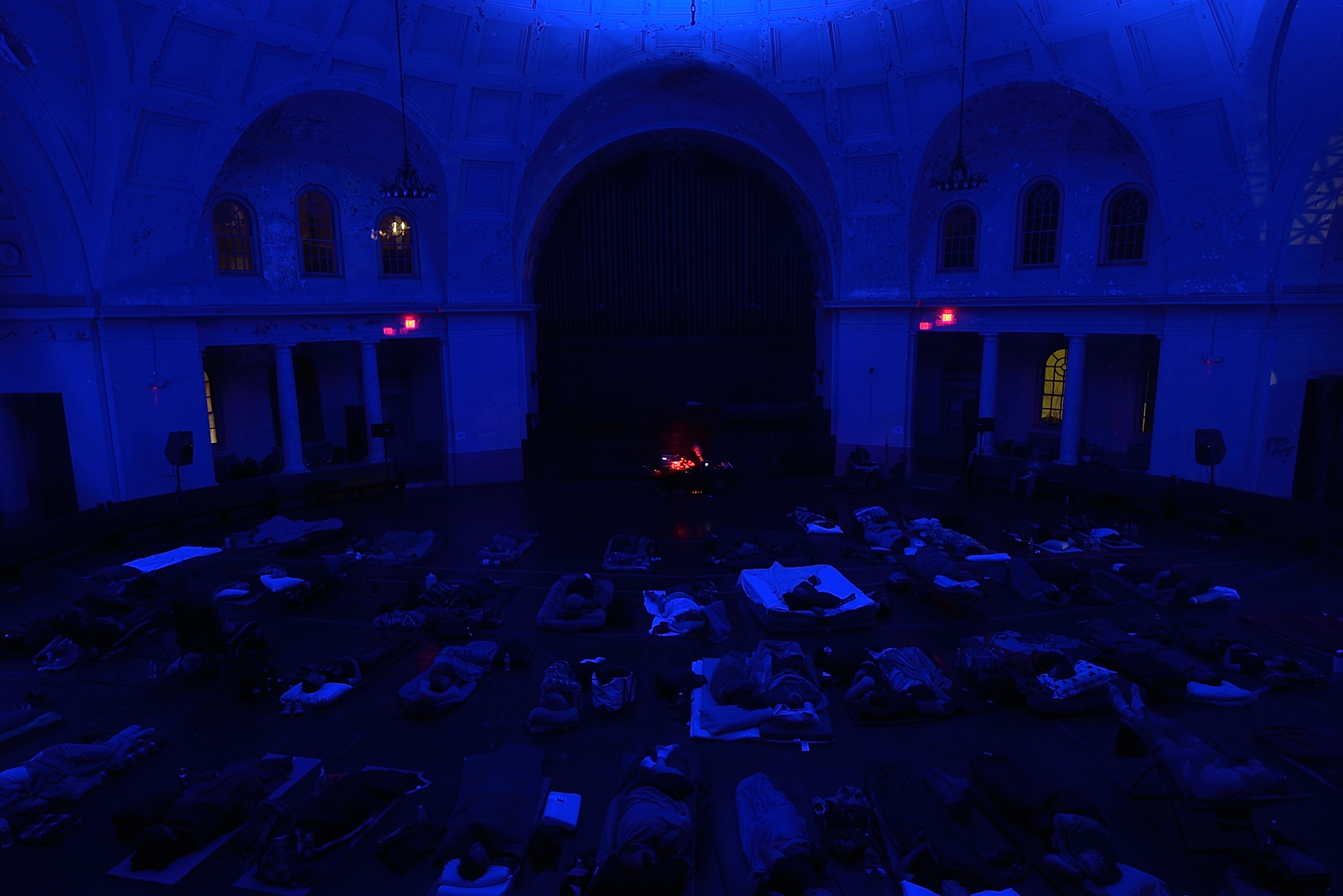 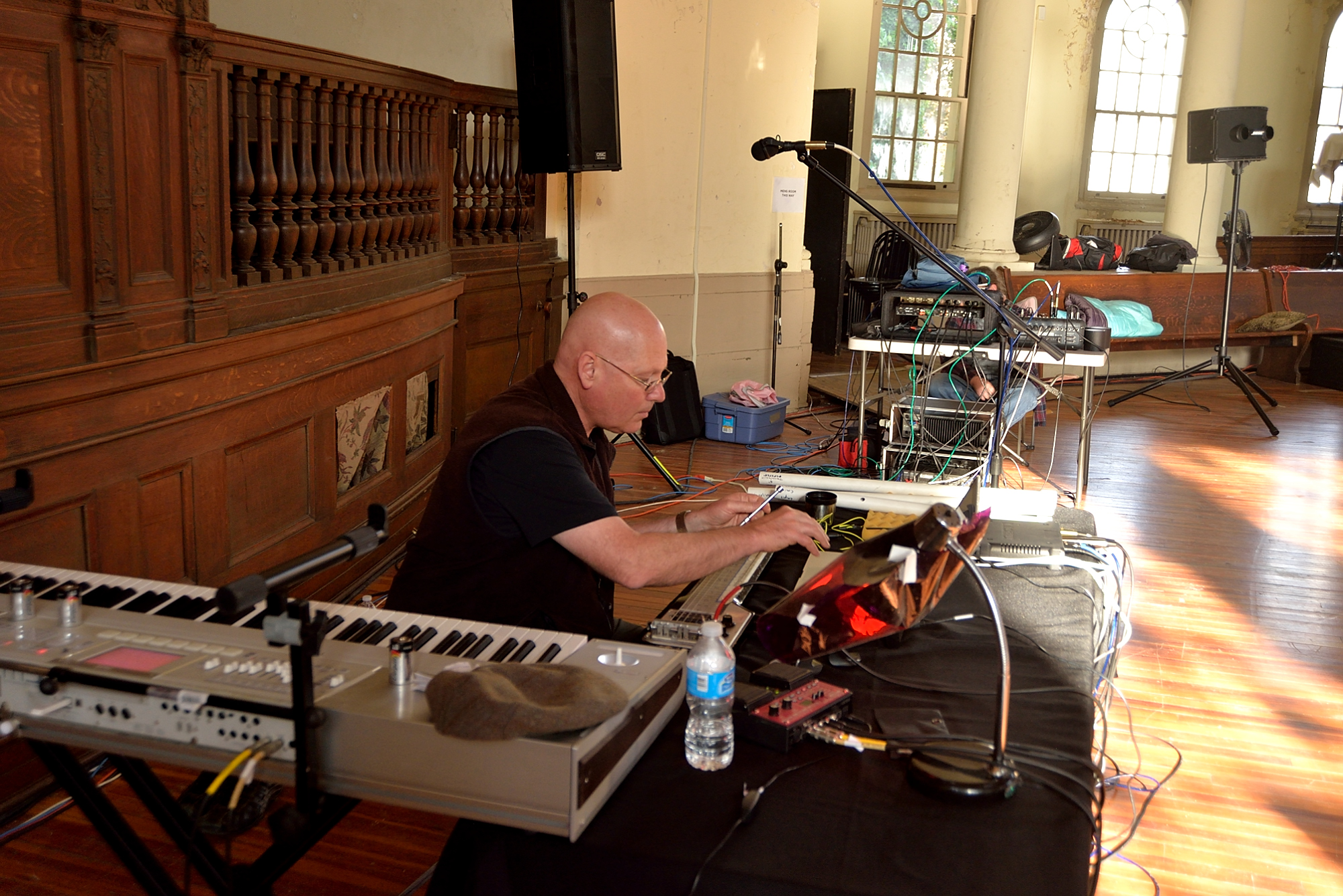 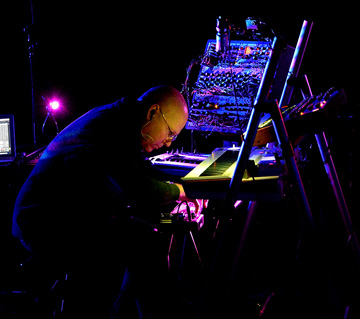 A is aimed at the nebulous territory that exists in our minds when we are hovering between awake and asleep, and still aware of our environment - yet detached, as the half-sleeping psyche wanders into the realm of hypnogogic images and dreamlike non-linearity. The music at one of these events may be found to act as a trigger for these flowing thoughts, and the activation of the surrounding environment can help listeners skate around the edges of sleep, with part of us in the dream world, and part in the physical space where we are sleeping.

The of was not a typical event in . The remarkable location of this one time special event was in Philadelphia, PA.

To mark the 40th anniversary of the STAR'S END radio program on public radio station WXPN in Philadelphia, the of Sunday 4 June 2017 was broadcast in its entirety live throughout a special expanded edition of from Midnight to 8:00AM.

Sincere Thanks to:
Robert Rich for traveling all the way from his California home to perform this event.
WXPN, especially Roger LaMay and Bruce Warren for backing this project.
WXPN broadcast engineers Jared Styles and Andrew Davis for their technical oversight and monitoring.
Keith Kelleher the WXPN FM control room operator.
STAR'S END listeners Barb & Don Knabb for lodging Robert Rich while out east, and Mike Courder for key equipment loan.
Gina Renzi and The Rotunda.
industry8 and Projekt Records.
the all-volunteer staff of
everyone who attended this special event
and everyone who tuned in to listen!